10+ easy ways to improve your success on social media 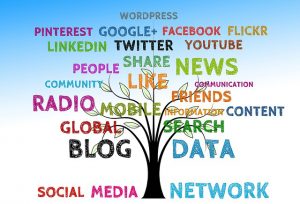 In this short session, I’m just going to share a few pointers on how to improve your success on social media.

And, if you’re not on social media, you really are missing out on a potentially huge opportunity to reach, engage with, and to bring in people from your target audience and even further afield.

But there’s a few things that really ought to be got out of the way before you start to improve your success on social media and work on being more engaging with the people in your target market.

The first of those things is that you shouldn’t actually, in social media, be constantly trying to sell.

I’m sure we’re all sick of getting marketing emails and marketing messages and we just switch off.

If somebody is constantly trying to pitch something to you in your social media, the chances are good you’ll either unsubscribe, unfriend them, or unfollow them fairly quickly because it just becomes boring, unengaging, and to be honest, you have to wonder why on earth you followed them in the first place.

2 – Don’t be too self-obsessed

Another thing to try and avoid is to be too self-obsessed with how good you think you are.

That’s one of the reasons why I don’t tend to follow any celebrities because, to be honest, in my opinion, they’re far too narcissistic. They’re constantly going over how wonderful they think they are and how great their life is.

Well, in all honesty, I’m really not that interested.

Tell me something that is interesting that may interest me.

This applies to you and your audience when dealing with business social media. The key is to try and keep it interesting and engaging so that you’ll draw people in. You will be known as a source of useful information.

Another thing to bear in mind is putting out useless stuff, things which are totally, totally meaningless.

I’m sure we all know people on social media who will share what they had for lunch, or tweet that they’re queueing up for some breakfast, or something like that. So what?

In all honesty, no one really cares what you’re having for lunch.  Unless it’s something really wild and spectacular or something completely and totally out of the ordinary.

Truly, I don’t really want to know what my friends had for lunch.  I just want to know that there’s something interesting happening that I might be able to help them with, or share with them, or say, “Well done.” The same thing applies to your business.

If there’s something interesting and engaging happening in your company that others might be able to celebrate with you, or maybe congratulate you on, or maybe think well done, or think, you know, that’s interesting, then share it. But, please, don’t share the “here’s what I had for lunch” kind of stuff with your business audience. I promise you they’ll switch off really quickly.

4 – Try and be consistent

So, having got those things out of the way, what can we do to make our social media that little more interesting?

Well, the number one thing in my opinion with social media is to try and be consistent.

10 easy ways to improve your success on social media

If you’re going to put something out onto social media every day, make a commitment to doing that. There are some tools which you can use to help you automate and streamline that, such as Hootsuite.

But, whatever you do, try and be consistent.

What I found on social media is that people’s attention spans are really, really short. So the key is to try and keep them engaged.

Another thing that frustrates me is people who seem to tweet seven, eight, nine, ten times a day about their business.

In all honesty, how little is going on in your company that you could do this?

Have I got the time to be looking at Twitter to read all of your tweets all of the time? No, I don’t and neither does anyone else.

6 – Aim for return on investment

Which brings me onto to something else, it just reminds me there, you should always aim for return on investment. Twitter, and Facebook, and LinkedIn, and Instagram, and Pinterest, and all the other ones, you need to make sure that they are where your target markets are.

So, go where your market is. Aim for that return on investment.

7 – Get a balance of information and marketing messages

So here’s a few things then that can help your social media become that little bit more engaging.

I would say somewhere between one in four and one in five of your messages needs to be some kind of promotion for what you do.

Again, don’t go overboard. If you’re putting out ten tweets a day and two of those are sales and marketing messages, I promise you, you’re likely to switch people off. Don’t do it.

But aim for a healthy ratio. It could be less.

I would recommend that you don’t go overboard with the sales and marketing messages because, again, people will switch off. 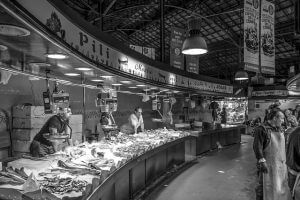 Another big thing is to try and be engaging in terms of bringing news you can use to your target market.

By this, I mean sharing information that’s relevant to your target audience, whether that’s the latest news, breaking developments, latest technology and stuff like that — stuff that people can actually use and digest because one of the best things about social media is that you can pitch yourself as a very, very useful information source.

And, if people see you as an information source, they’ll also see you as an expert in your field. It gives them a greater feeling of empathy with you, connection with you, trust with you, and also establishment for what you are doing.

In other words, when you do pitch a message to them, because you’ve put that mind of the expert into their heads, then you’re likely to get a better response than if you were just somebody who shared the kind of rubbish like “what I had for lunch” and, “oh dear, I’m getting rained on again”.

So to improve your success on social media try and pitch yourself as the expert with useful information that’s relevant to your target market.

9 – Ask questions and get some discussion going

This is particularly good on places like LinkedIn and Facebook, where people do tend to engage that little bit more.

So, if you’re involved in a LinkedIn group that’s relevant to your target market, can you ask questions to try and provoke a little bit of conversation, a little bit of discussion? Because, again, if you bring yourself in as the expert in that particular field, you’re more likely to get noticed and you’re more likely to win people over through your credibility when it comes to making a sales pitch or putting out sales and marketing messages.

Something that works quite well in some industries on social media are competitions, particularly on Facebook.

This worked incredibly well because people joined because it was a 1 in 100 chance regardless of how many “Likes” and followers they had winning this sport nutrition. It enabled them to build up a Facebook following very quickly and it still works for them.

Someone else I know, Alice, who runs a beauty salon, used competitions quite well to build up her audience. She’s got to the point now on Facebook whereby every time she puts out an offer, or there’s a missed appointment that’s need filling, it’s almost always oversubscribed.

Now, that’s good use of the social media. But what she does quite well is she provides regular information on beauty tips, and health tips, and stuff like that.

To be honest, I don’t need any haircare tips — not anymore anyway. But the information is always good and is relevant to her target market. So it brought people in.

Now, when she has a promotion or when she got somebody who missed an appointment somebody buys it every single time. But this started off with being useful in that space and being helpful.

Something else you could do to improve your success on social media is to invite an expert in to come and share something. That could be a blog post, an article, it could even be a video blog post as I did with my friend Gary just a couple of months ago.

So, again, pitch yourself as the expert, someone who’s useful, someone’s who’s connected in your target market.

Finally, whatever you do on social media, try and put a human voice and a human face behind your social media.

Even in a business-to-business world, people like to do business with people.

If you’re just going to come across as this faceless corporation or this faceless business with no personality and no sense of humour at all – you will likely switch a measure of people off simply because people love to engage with human beings.

Even online businesses still have some level of interaction between themselves and their customers and there’s no reason why you shouldn’t try and do that with your business.

We put names and faces to almost everything we do in our business. I’m here talking to you. It’s putting a face behind our business. Why? Because people still do business with people, even in the business-to-business world.

Rarely in this world is something purely transactional, unless you’re buying a book from Amazon.

We still love human interaction. A human voice, a human sense of humour, even just a human admission of a story that’s got something that went wrong that’s quite amusing puts humanity into your business voice, and into your social media.

People really do buy into that, especially if you can write about something that’s gone wrong with a funny outcome. It’s actually very good because chances are good it may get some viral element going with it.

People love to share stuff that’s funny, or amusing, or shows somebody else’s buffoonery. As long as there’s no detriment to anybody, by all means share it. Again, it puts humanity into your social media.

So I hope all of that has been useful to improve your success on social media. If you’ve got any questions, by all means come back to us. Share in the comments below or give us a call — whatever. Connect with us on our own social media. But, either way, go out there and do it.

If you’d like some help to improve your success on social media then give us a call on 0116 3552194 and we’ll have a chat about how we can help.