Business Lessons From the Super Bowl 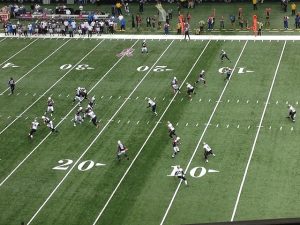 There are loads of parallels between sport and business and how the psychology and commitment for success in each are often very similar.  So here’s a few business lessons from the Super Bowl.

Hi there, and welcome to another marketing snippet designed to help you to grow your business. Today, we’re going to talk about something slightly different and that was the Super Bowl and the New England Patriots.

Now, every year, some friends and I get together.  We watch the Super Bowl, we have some drinks, and we eat some food.  But last night was really something else because of the game that we witnessed, which finished at nearly four o’clock this morning our time, but it really was something special.

So in case you didn’t watch the game, the New England Patriots beat the Atlanta Falcons 34 to 28 points.  New England have won the Super Bowl a few times. Tom Brady is now on his fifth Super Bowl win, which is a record.  He’s being considered the best quarterback of all time, and all of these different plaudits.

Why was the game so noteworthy?

But the thing that made this game quite special is that they came from a 28 to 3 deficit. In other words, they were losing the game shortly after half time by 28 points to 3.

Now, in American football terms, that is huge. That’s, effectively, 4 converted tries in rugby. I mean that was enormous, like five goals to one down in football (soccer).

OK, how did they pull this off?

But what made this special was the way that the New England Patriots didn’t panic.  They had a plan, and they worked their plan, and they just did it incredibly well.

Now, as I’ve said before, there’s loads of parallels between the sporting world and the business world, and I want to just cover a few points that would have gone behind this amazing turnaround for the New England Patriots early this morning.

Take the Business lessons from the Super Bowl and make them work for you and your business.

The things is, it would have been no accident.  There would have been goodness knows how many hundreds of hours worth of preparation gone into this kind of contingency planning.

So, what are the key points?

Well, first of all: they practised. Seriously, a lot of practice.  Tom Brady is more than successful.  He has more than enough money in the bank.  He doesn’t really need to work.  But he still competes and he is still highly competitive.  Does he rest on any laurels? No, of course he doesn’t.  Tom Brady trains as hard as the rookies, the young guys who really want to break into the team.  Why? He’s getting on a bit, but he tells himself “I want to stay at the top of my game for as long as I possibly can.”

Jonny Wilkinson was exactly the same.  Rugby World Cup winner, voted World Player of the Year, won all kinds of other trophies.  He retired a couple of years ago, but did he rest on any laurels? No.  Did he stop training? No.  As a matter of fact, he trained harder than he did when he was younger because he wanted to stay at the top of his game.  So there was a lot of preparation and training that went into it.

Then, of course, there was all of the hard work.  American Football, I’ve played it, it’s a very technical game.  It’s a very demanding game and the attention to detail is huge.  One little mistake from one player can be very costly.

What does that mean to you and I who are running businesses?

Well, the first thing is: we need to train.  For many people, success is no accident.  It’s an application of all of the things I just talked about, preparation, training, learning, application, practice, and hard work.

Sports and business in many respects are no different.  To some extent, the psychology is no different as well.  In business, we have to have mental resilience and toughness.  We have to have that true grit and determination just as you do in a rugby pitch, just as you have to have when you’re playing American Football at the highest level.

So what does all this mean?  I know this isn’t a great deal about marketing in this particular talk, but I was really inspired by Tom Brady.  Yeah, there’s the begrudging, “Oh, for goodness sake, don’t let the guy win another one”.  But, at the end of the day, he worked for it.  His team worked for it.  They came together for him.  They stuck at it.  For more of a marketing angle check out the article “Why marketing is like rugby”: https://www.buzzwebsitedesign.com/why-marketing-is-like-rugby/.

Many people would have thrown in the towel, 28 – 3 down, with less than half a game to go.  But they didn’t.  They stuck at it; they worked a plan; they stepped it up and they won, and they won fair and square.  There was nothing wrong with it and, to be honest, they deserve it.  Who could begrudge them that?

Now it’s down to you…

Now I know this sounds a wee bit preachy and I’m really sorry, but the point is this:  I see so many people succeed and so many people fail, and more people fail than succeed, not just in sport and business, but in all walks of life.  Oftentimes, it’s because they haven’t put these things into place.  I don’t want that for you.

Overall: Don’t just sit there waiting for it to happen.  Don’t throw the towel in, even though the score might be 28 to 3 with less than half the game to go.

If you’d like some help with using the Business Lessons From the Super Bowl in your business then give us a call on 0116 3552194 and we’ll chat about how we can help. 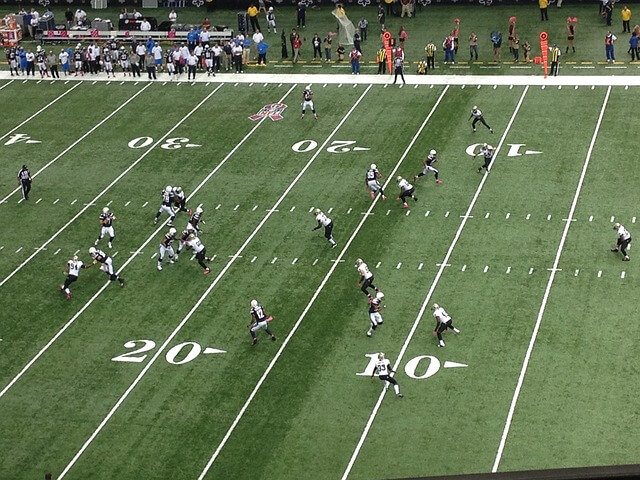 Article Name
Business Lessons From the Super Bowl
Description
Sport and business performance have a lot in common. both in practice terms and also in how the psychology is applied. In this article we share some of things you can learn from the Super Bowl and apply them in your business.
Author
Karl Craig-West
Publisher Name
Buzz Website Design in Leicestershire
Publisher Logo