How to be successful in social media marketing 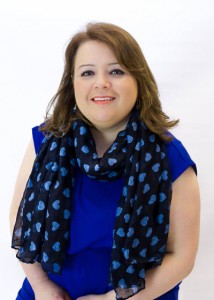 Want to learn how to be successful in social media marketing? Have a read about my friend Sam and find out the essential ingredient.

I’d like to tell you a story about social media success and, hopefully, this story will inspire you to become that little bit more successful in your own social media if you’re wondering how to make more of it and how to make it work better for you and your business.

And this story is about a good friend of mine called Samantha (Sam), who runs her own growing jewellery business based here in Leicester.

Sam Houghton – How to be successful in social media marketing

Now, Samantha started off with no business experience, no technology experience to speak of. She’d started her business without borrowing money. She scrambled around the money to start her business. And, to be honest, she’s gained in two years quite a decent level of success. And, to me, she is very inspiring.

But, what’s been instrumental to her success is her use of social media. Now, social media is accessible to everyone. It really is a level playing field. And, if you do it well, you can develop quite a large following and quite a large customer base simply by using the systems as they’re meant to be used.

Nope. Sam’s success revolves around the fact that she has been consistent in her use of social media.

Now, I’ve written about being consistent in your marketing and in your social media before, but I’m talking to you about a real-life example here. Sam went out there, took whatever learning she could get, went on as many courses as she could afford to go on, some free, some paid for, to learn how to use this social media. And she took it with both hands, quickly realizing that she could reach a large number of people very quickly.

But, she’s there and she uses it a lot. She encourages people to spread the word about her business through her social media and, funnily enough, they do because they’re asked. But, because she is in that space and has a great voice in that space because she’s been practicing, she’s now got the makings of a rapidly growing, in fact a potentially huge, business based around her success in social media.

Her business is jewellery and she sells to consumers. So, being involved in LinkedIn and all the business-to-business social media was probably not going to be strong. So, she got very good at Facebook. She got very good at Twitter. She’s been getting into Instagram and also into Pinterest as well because her product is very visual, and large numbers of the people on Pinterest are women, and it’s women who typically buy jewellery.

She’s also been very good to adapt to the changes because, over the last couple of years, the social media, how they’re used, how they’re approached, the numbers of people that are on there, how the social media platforms themselves behave has changed. And Sam has always been very quick to adapt. Instead of whingeing that Facebook have changed everything, like a lot of people seem to do, she gets on with working out what the changes are and then leveraging that, and again, sticking with it, being consistent. So, she’s adapted and she’s done incredibly well at being adaptable from that perspective.

But, one of the key things she’s also done very, very well is that she engages, and she engages consistently. She has a little bit of fun. She responds to people. She comments on other people’s social media. She gets involved in Twitter, creates conversations. She’s there.

Now, I know for a fact that Sam doesn’t spend all her working day on social media. In fact, she probably spends as little as 15 to 20 minutes a day simply because she’s so well practiced. But, it’s taken her a while to get to that point. And I’m going to say it again, she’s been consistent.

So, Sam has done very well out of social media, and you can do the same by choosing the right platform applicable to your audience, by making sure that you understand how the platform works, by engaging with your audience, not just in sending messages out, but also responding to what comes in.

But, more than anything, be consistent.

Trust me, Sam comes from a background where she had near no technical skill. She’d never used social media. But, her ability to get hold of social media, and use it, and be consistent over the last two years has meant that has a very rapidly growing jewellery business here in Leicester.

Sam has great plans to be a national brand within the next five years. And to be honest, with her consistent approach to her marketing, and particularly in this case her social media, I could see that happening.