What is Shiny New Thing Syndrome and why should you avoid it? 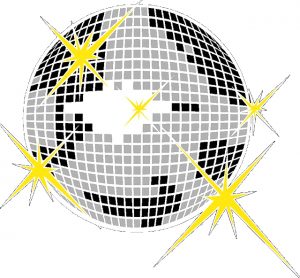 Far too many people in business get caught up in ‘Shiny New Thing Syndrome’.  This is where your attention is constantly being drawn to latest thing, often to the detriment of things that haven’t yet had enough time to properly work.

So, here’s an explanation of the concept and why you should try and avoid it.

the topic of today’s talk is all about something that’s come up quite a lot since the advent of social media, and it’s more apparent now than it’s ever been. And it’s called shiny New Thing Syndrome.

Now, what I mean by shiny new thing syndrome is that there’s lots of people in business and in the world today just moving on from one amazing idea and one shiny new thing to the next. And the danger of that in small businesses is that, if you’re running a marketing campaign and getting good at a particular social media or a particular marketing technique, then it’s quite likely that when something new and what looks like amazing comes along, is that you’ll put what you’ve been doing by the wayside or neglect it in favour of the shiny new thing.

Give things time to work

The real danger of that is that you run the risk of not getting particularly good at any particular marketing angle, technique, or business strategy because things take time to start to work.  And, if you’re constantly hopping from one new thing to the next, then it’s likely that your marketing is going to be consistently not as good as it probably should and could have been if you’d just stuck in there, got good at what it was you were doing.

This is very common in the network marketing industry, where people join a network marketing organisation as a distributor or as a representative, and things seem to be going hunky dory.  And, yes, things are always slow at the beginning, and then they jump onto the next shiny new thing, which promises them more money, and an easier business, and a better life. And they just hop from one to another without really giving the one that they originally had the opportunity to properly succeed. And those who do succeed in something like network marketing are those who stick with it long enough, and stick with the same organisation and the same marketing plan long enough for it to properly work for them.

But, business is exactly the same. I see people going into new types of business every single 18 months, 2 years.  I’ve been around for long enough to see this happen, and I can’t say that I’ve been any different in the past.  But, if you don’t give your business the opportunity to succeed, then you’re not really giving yourself the best chance of long-term success.  Because, if you develop that mindset there’s always something better, then at what point are you giving yourself the opportunity and the length of time required to be successful in just about anything?

And this applies to marketing.  Social media is the absolute worst for this, where I get lots of emails from people saying “I’ve just joined this particular group. Please come and join me”.  Or “I’ve just joined this particular website or this business forum”.  Or “I just found this amazing new marketing technique, smash your SEO in just five days”, and stuff like this. And it’s all shiny new thing syndrome.

Don’t get caught up in the hype

You see, the reason why it’s a problem is because, if you’re not sticking with the stuff that you know works, but you’ve seen this amazing thing that’s been sold to you, and everybody seems to be raving about it, and everybody looks like they’re doing really well.  And you think, “Well, actually, maybe what I’m doing isn’t as good as it could be.  Maybe I should try this new thing.”  The problem with that is that your current stuff could actually be your cash cow.  And, if you shoot the cash cow in favour of some hot new thing, then the cash cow will die and you’ll end up starting from scratch again with something that might not necessarily have been as good as what you had.

This whole talk came about, as a result of a discussion with a friend of mine last week who was trying to work out a business strategy to take his business forward.  He’s doing quite well, but he wants to step things up.  He wants to do better.  He wants to expand.  And he said he went through a phase of constantly trying new different things.  When something new came onto the market, he wanted to try it.  And, unfortunately, he admitted that  the results were poor because he didn’t give anything long enough to do work out.

You can dabble but don’t just dive in

We design websites and we help people with their online marketing, and we see this day in, day out. And we see far too many people, in small businesses and the self-employed, falling foul of the shiny new thing syndrome.

So, please, whatever you do, if you’ve got stuff that works, stick with it.  If you see a shiny new thing, dabble with it to begin with. Don’t ditch the good stuff because this stuff is the still that really pays the bills.

I’m not saying there aren’t going to be some amazing new technologies.  I promise you all of the social media platforms out there are worried because they know that the barriers to entry are very low in the online world.  You don’t need a whole team of scientists to come up with a new social media platform.  Now, pretty much anybody with some tech knowledge and a couple of programming friends can put something together.  Heck, Facebook was built in somebody’s bedroom for goodness’ sake.  And Twitter and YouTube were exactly the same.

And so the barriers to entry aren’t there, so the big guns in social media are concerned. They’re really worried about the shiny new thing syndrome. But that doesn’t mean that you should be jumping ship from there over to here simply because this one looks better, it smells better, and everybody’s talking about it. It doesn’t make it better. And, if it looks too good to be true, it probably is.

Anyway, hope that’s been really useful.  But, at the end of the day, if you do nothing, nothing will change. So go out there. Do it.