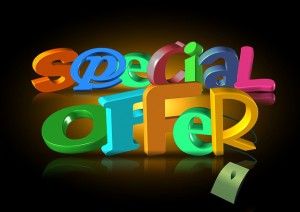 In this short video we explain 2 costly marketing mistakes made by a couple of friends in their IT business.

“Hi, folks, it’s Karl here again from Buzz Website Design and Marketing. Today, I want to tell you a little story of a couple of guys I used to go to university with who started a business together when they graduated offering IT support services.

Now, there’s nothing unusual about that. Lots of people graduate from university and go on to start a business. Tom and Dan wanted to offer IT support services to small businesses, but the challenge for them both is that they had no idea how to sell IT support services. They were both geeks, very good at IT support, but in terms of their business experience, they had pretty much none.

Now, ordinarily, that’s not necessarily a problem. To be honest, most people who start out in business start from zero experience or a very little amount of knowledge. But, in their particular case, they had to reach a large number of customers relatively quickly to start bringing some money in. So, they came up with a “genius” marketing idea.

So, what they did is they bought 1,000 names and addresses of local businesses in their target demographic, which was companies with between 5 and 20 staff. There’s nothing wrong with that. It’s a great way of getting together a list of potential targeted customers.

But, the problem was is that they really had no idea what kind of technology these people were going to use and they knew next to nothing about them other than the fact they’ve got between 5 and 20 staff. Their next problem was that, of course, they had to reach these people.

So, they decided to start doing a letter campaign. They were going to write to these people. But, in doing so, they shot themselves in the foot in a big way. How they did it is they had some cards printed out which looked like an old-fashioned cinema ticket. Now, they’re roughly A5 size, about that big, and it said, “Admit One, Free Support Call.”

You might think, well, that’s actually quite clever because it stands out. It’s something slightly different in the marketplace. But, the problem was that it made no sense whatsoever in the mind of most of the people in their target market. You go from a cinema ticket to IT support. There’s just no congruence. There’s little-to-no connection with the two. The messaging on this ticket wasn’t particularly strong. It just said, “Admit One, Free IT Support Call.” Now, interestingly enough, they sent out 1,000 of these and they had 2 phone calls. And neither of those 2 phone calls became clients.

So, the message of this talk today is this — in fact, there’s two.

First of all, if you’re going to spend all this money, time, and effort on a marketing campaign, start small because this campaign cost them well over £1,000 and brought no business whatsoever. They would have been much better off running a test of a couple of hundred to be able to see if they could gain any kind of response from it because that might have saved them all the time and hassle of sending out the other 800 if they got no response.

So, start small and work your way up. If it proves profitable, scale up, but don’t instantly go from 200 to 1,000. Go 200 to 500 to 750 and then the 1,000. Start small and work your way up, but only if it proves itself. If the offering, that letter, that campaign gets a response that you want and you know you can take them through the sales process to lead them into spending some money with you, then scale up from there.

Make sure you learn from other people’s costly marketing mistakes .

But, the second point really, and this is something I tried to tell them before they did this, was that actually it makes no sense. Why send somebody a cinema ticket for IT support? Making that connection is going to be hard in the mind of the potential user and remember that you’ve got seconds to make an impact, get their attention, and get them to think and read a little bit more.

A cinema ticket would probably have worked if the messaging had been vastly different. But, it didn’t work because they tried to be too clever. In all honesty, it’s much better to be clear and have a simple design than clever and have fancy design because clever and fancy will often confuse the minds of potential customers.

So, the key message, be clear, not clever, and test and measure. Start small and work your way up when you get the response that you want.

So, I hope that’s been useful. Thanks for watching. Bye for now.”

If want help with your marketing and would like to avoid making unnecessary costly marketing mistakes then give us a call on 0116 3552194 and we’ll discuss how we can help.